skip to main | skip to sidebar

So there's this old Jack Benny bit, where he's accosted on the street:

Mugger:
“Your money or your life!” 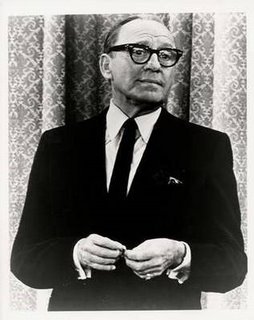 That’s me. Not because I’m cheap (though I am, a bit). It’s because I’m an over-thinker. A hyper-analyzer. A hand-wringer.

This is harldy news to anyone who's tuned into this space over the last year. It's painfully obvious to even a wayward visitor or would-be drinking-song-singer who might have popped by during the the marathon cricket concert that comprised the last three months: I'm more thinker than doer.

It's taken me a while to figure that out, but there it is. I'd rather read than write. What's worse, I'd rather read pop-culture critiques that write them. I mean, I love the idea of writing them; I have the ideas and the inclination. Somehow, though I just can't seem to pull the trigger. Consequently, I tend to consume far more than I produce when it comes to anything creative. Not atypical for the average joe, but shameful for someone whose ostensible job title is "creative." And now that every other average joe has a blog--and blogs more reliably that I--it's all the more shameful.

One of the reasons I started this blog (as if it were some great calculated move in the first place) was to rejigger my thinking/doing ratio. To be just a little more impulsive and shoot-from-the hip on whatever I found interesting and noteworthy--movies, TV, music, the ad biz, politics, punctuation, food and drink, you name it. It was supposed to be a virtual watercooler where I could talk about the things that interest me with IRL friends and vitual aquaintances. Trouble is, instead of busting out with a post whenever I had a thought or observation to share, I somehow got it into my head that every blog post had to be this epic multimedia thing.

I blame Ixtab. And Dennis. And TLRHB. Ed shares some of the responsibility. Oh, and fish--that miracle of evolution who eats and blogs and makes little fish--he's crazy culpable. In fact, my entire blog roll should now be regarded as a kind of rogues' gallery. All those people, those witty, prolific, insightful blog-o-maniacs who started out as glorious inspiration are, I now realize, the cause of my ignominious cranial constipation. They're just too good; they set a standard I simply can't reach.

Now, the last three months have been something of an aberration, even for me, in part because I'm (wait for it) thinking seriously about a fairly major course change. (More on that later. Maybe.)

So, in an effort to jump-start (maybe defibrilate is a more apt metaphor--CLEAR!) this electronic beached whale, I'm going to try something a little bold and daring: Seven consecutive days of blog entries. I figure if I can just get some forward momentum built up, I can overcome the fear or the need to edit on the fly or whatever it is and just blog.

I'm just going to warn you now: It's not going to be pretty. My guess is that, over the next week, things around here resemble something between a car wreck and the inside of a sausage factory. If nothing else, it should be entertaining. I think.

This is Paul's excuse, to a tee. I wish he'd just get on and make a couple of sarcstic comments a few times a week. That's all you have to do! You can do that - I'm positive you can, lol...

When you state: "Seven consecutive days of blog entries" are you referring to the Gregorian calendar or some other unit of time?

Thanks for your question; you raise a good point. Few people are familiar with Johnsonian time, wherein four weeks and three days feels like nine weeks and five days:

In other words, when I made that claim I was, apparently, being a Jerk.

I didn't mean to be rude and to be fair, my hypothetical blog lacks substance these days. I have all sorts of excuses: forgot my password and can't log on, got drunk and banned my hypothetical commenters in a fit of rage, etc. Anyways, if you don't mind I'm going to take your Johnsonian time theory and run with it on my hypothetical blog. Take care,

Mr. Middlebrow
United States
I put my pants on just like the rest of you, one leg at a time. Except, once my pants are on, I make gold records.